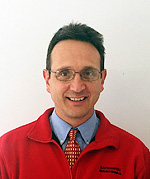 Acclaim Software is a software development firm founded in 1995 by Eric Schwerzel.

Cashbook Complete – one of Acclaim’s core products – was initially developed to fill a void in the market for easy accounting software that anyone could use, without any need for training. From the outset, it was designed to be user-friendly for even novice computer users, whilst being flexible enough to handle accounting tasks for a wide range of businesses.

Prior to developing the Cashbook, Acclaim Software built bespoke software and the staff worked on the Cashbook when there was no contract work to do.  Cashbook was first introduced to the market around 1997 where it was launched at a local trade show.  Within three years, the sales from Cashbook were exceeding the bespoke development work, and the Cashbook began to really take off.  Since then, Cashbook has been sold in many countries throughout the world, with Australia and New Zealand being the main markets.

Eric is married with two daughters – one of whom is recently married – and in his spare time, he loves playing tennis at his local club. Eric is passionate about building great software products with his team, two others of which include:-

We’re confident that you’ll find Cashbook Complete to be the best choice for your business or organisation, and that’s why we offer you the following guarantee.